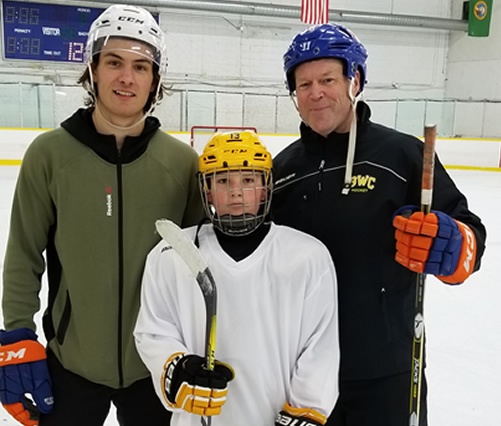 Rob Ward’s hockey roots run deep. Currently a Professional Scout for the New York Islanders covering Western North America, Rob has been with the Islanders for 7 years. For 3 years he primarily scouted Amateur, covering the WHL and BCHL, but has now spent the past 4 years covering the NHL and also working with the team’s young players in a mentorship capacity. Prior to his time with the Islanders he served as an advisor with the Tampa Bay Lightning.

Founder of the Burnaby Junior Islanders program in 2017 in conjunction with the New York Islanders Youth Development Program, he serves as Program Director and is the Head Coach for the 2007 Team Barzal Elite, along with Adam Nugent-Hopkins and Mack Gray.

Having been raised in Calgary, and then moving to Vancouver Island at a young age with his family, he played Minor Hockey in Parksville and Victoria, British Columbia. He was a listed player to the WHL and played his first game in the (then) BCJHL at the young age of 15.

Rob also serves as the President of the Board for the Burnaby Winter Club, on one of Western Canada’s most prestigious and storied Hockey Associations. He currently resides with his wife Ellie, son Simon and their dog Henry, in Coquitlam, British Columbia. 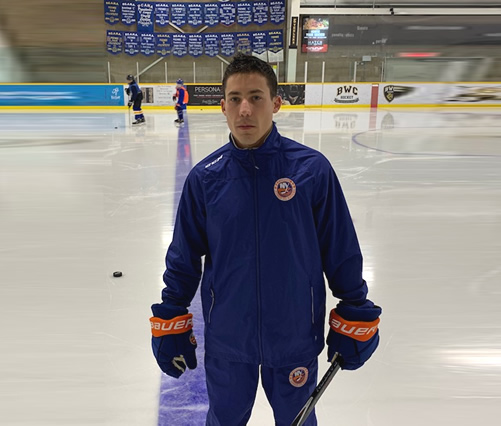 “Scigs” is a professional teacher, receiving his Education Degree from the University of British Columbia and a Bachelor’s Degree from Simon Fraser University, while playing hockey for the team.  Angelo is an NCCP/ Hockey Canada High Performance Coach and currently coaches PeeWee at the prestigious Burnaby Winter Club.

He has developed a standard of running high quality and intense team practices while constantly motivating and pushing his players to this standard. He also works with Burnaby Winter Club alumni and NHL prospects during the summer as they prepare for their respective camps. 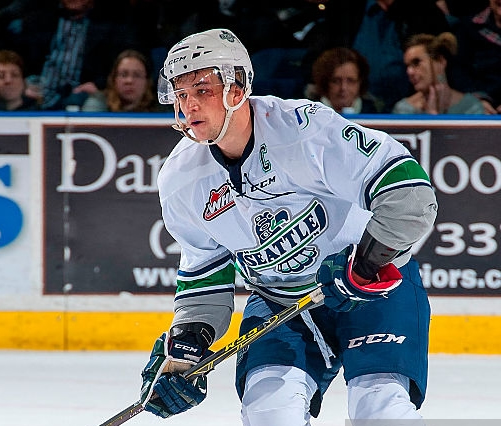 Former Captain of both the Seattle Thunderbirds and the UBC Thunderbirds, Jerret brings a wealth of knowledge to our Coaching Staff. Having studied business for 4 years while playing for UBC, Jerret had an opportunity to go play professionally in France during this shortened season. He will be joining our program as soon as he returns and has cleared Covid isolation protocols. 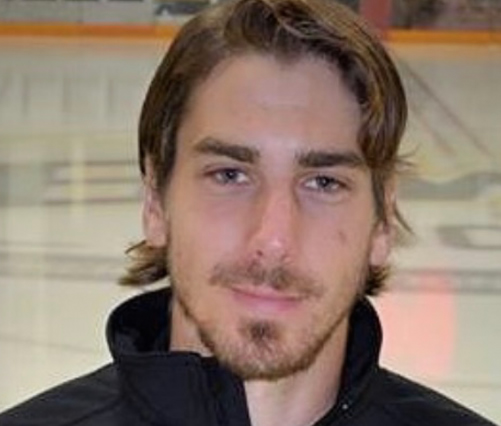 Adam Nugent-Hopkins trains athletes from atom to professional. His main goal is to promote athleticism and improve speed, strength and power. Adam has 10 years of training experience and continues to stay up to date on the most proficient sports science available.

Using the Triphasic philosophy allows Adam to maximize an athletes training whether it is in-season or off-season.

Never afraid to think outside the box to give an athlete an advantage, Adam pushes himself to be the best in order to make others exceed their potential. 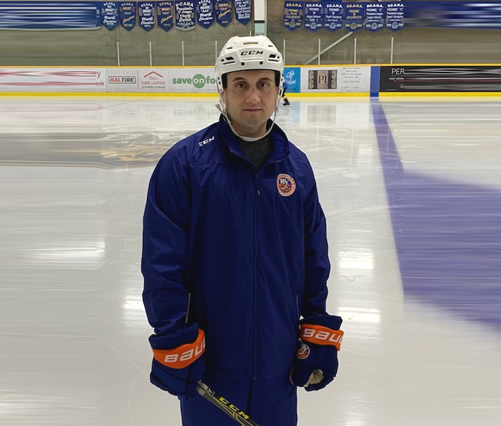 Frank is a teacher, receiving his Bachelor’s and Professional Education Degrees from Simon Fraser University. Frank has been coaching at the renowned Burnaby Winter Club for the past four seasons. Frank uses positive reinforcement with players to create confidence, which in his mind is paramount 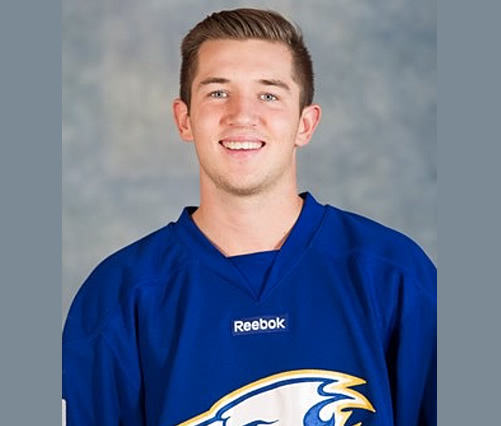 Austin graduated from the University of British Columbia in 2020 where he attended the Sauder School of Business, and played 5 seasons with the Thunderbirds. Prior to university, Austin played in the WHL for the Vancouver Giants and Kootenay Ice. Austin Vetterl brings valuable hockey and coaching experience, he is now entering his 3rdspring season with the Islanders, has coached at the Burnaby Winter Club, and is currently an assistant coach for the U16 prep team at the Delta Hockey Academy. He looks to lean into his past experiences in order to develop and give his players the best chance to succeed. 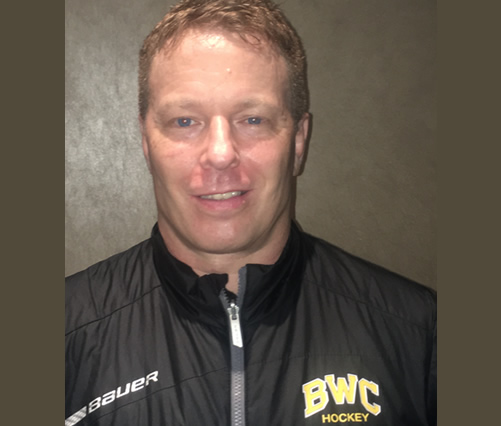 Robert Ginnetti is a welcome addition to our Jr. Islander Program, playing all his minor hockey at BWC, and has been a coach for 10 plus years at the Hockey Club.Between that time,Bobby played in the BCJHL and the WHL. He lead the BCJHL in scoring in the 1984/85 year, along with recording 111 assists, which still stands as record today. After his Jr. career, he played 12 years professionally in Europe, during that time playing for the Italian National Team in the 1992 Albertville Olympics , and representing Italy in a few World Championships While bringing a ton of hockey experience to our Program, Bobby has a ton of passion for the game, and brings out the best in his players. 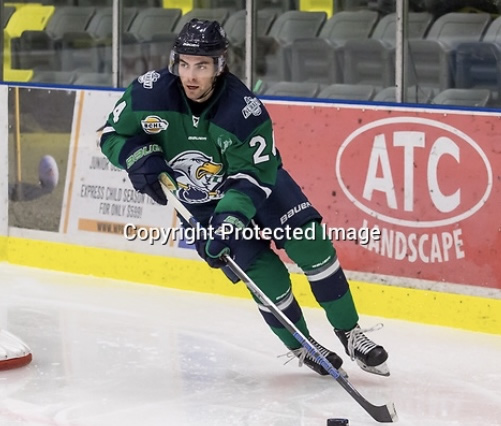 A former defenceman of the Surrey Eagles, Mack spent two seasons playing Junior A in western Canada before injuries interfered with his ability to continue playing at a high level. Mack has 6 years experience coaching young players and is currently an assistant coach for the North West Hawks Minor Midgets, and coaches both Atom and Bantam teams at Burnaby Winter Club. As a former defenceman, Mack specializes in defence skills while emphasizing habits, details and work ethic. He is looking forward to helping all kids achieve their goals for next season. 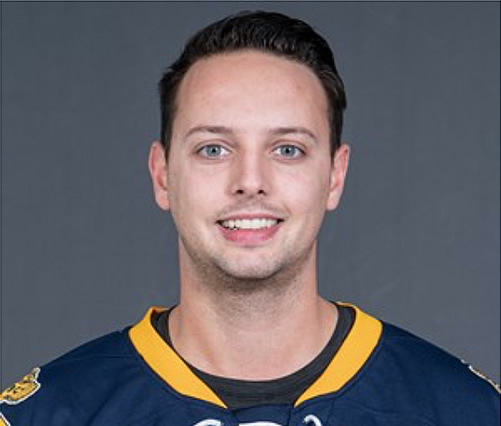 Joe grew up playing all of his minor hockey at the Burnaby Winter Club. After minor hockey he played four years in the Western Hockey League for the Prince George Cougars. After finishing his junior career, he used his scholarship from the WHL to attend UBC. He has been studying and playing hockey for the UBC Thunderbirds for the past five years. Hockey is and always will be a passion of his so he is very excited to have the opportunity to give back and share his knowledge of the game with young players. Ultimately, Joe’s hope is to help these players develop and achieve their goals while also being a good role model and helping shape them into fine young men/women. 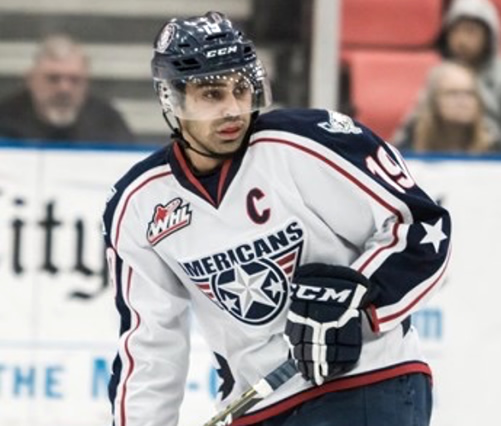 Tyler played in the WHL and ended his career as the Captain of the Tri City Americans. He is currently enrolled at UBC and plays for the Thunderbirds. Having played 5 years in the WHL, Tyler gained insight into leadership and developing a healthy work ethic. He hopes to challenge his young players and guide them to succeed both on and off the ice. 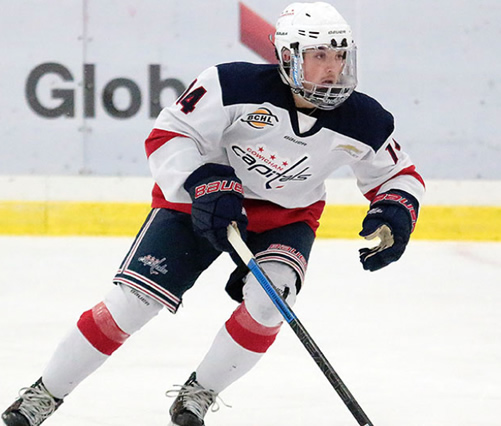 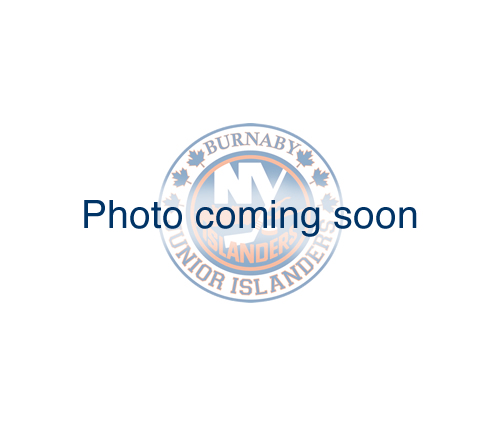 Sean played most of his Minor Hockey at Burnaby Winter Club and was drafted to the Prince Albert Raiders in the bantam draft. He played in the BCHL with the Cowichan Capitals before returning home to play Junior B with Ridge Meadows Flames. Sean has been coaching the last 2 years at the Burnaby Winter Club. He takes great pride and enjoys watching the kids put in the hard work that helps them develop from the start of a program or season – and seeing it payoff with improvements to their game by the end. This is Sean’s first year with our program and we’re pleased to welcome him aboard!
Go to Top